I’ve spent almost 20 years working. On my way to 20 years as a fully fledged adult in UK terms. That’s a long time. So there is some wisdom there. Not fully bloomed like a mature flower though. Not by a long shot.

Turning 35 in late-December didn’t feel like much, but at the same time; felt momentous. Especially as I feel older than my actual age versus my peers. That could be the path that I took NOT to go to university. Surrounding myself with older peers. One example is man called John in an early job. He pretty much gave me a view of adult world more than anyone else. Discussing what men discuss in a mature fashion and treating me with that respect. It might have helped him feel young, but as a return - I helped him stay relevant with technology and teaching him how to print PDFs on to a new age printer. John came from the world of guillotines and printers that used templates to copy. I don’t remember the exact name, but they weren’t digital. Even traditional photocopiers were a comfortable world with interaction with computers. That all changed around 2000s and he was grateful for the help.

Going back to university, I remember having that conversation with career helpers, family, friends (who were avid that I go) and other peers. It was confusing. It adds 3-4 years to you because I feel that University post-2000 keeps you a child in some sense. When you don’t take the learning/career aspect of it seriously. I said no eventually for a career in IT via a vocational route.

Personally, I find the reason for leaving home compelling (living with others - I did at first opportunity and I learnt who I was VERY quickly). To then spend most of the time in front of a TV, in bed or clubbing/drinking a bizarre choice. With the pending drag of book-worming your chosen subject in hours/days at a time. No doubt some of my peers back then (or people I knew at school who chose to go to university) feel a bit behind or ahead because of that 3-4 year lag to career-dom. Maybe that’s based on the result and/or subject taken. To the people I know, don’t regret a choice. Embrace it. I’m probably wrong in many of these opinions; it’s an observation from a straight line, no nonsense perspective.

If you’re a first time reader or have not seen my twitter feed, you’ll get to see this very quickly. I hit my opinions in the centre and bulls-eye portion of a darts board. Yes, it annoys a lot of people. I get it.

I now have 2 young children, a partner, all the typical mod-cons of ownership as an adult (car, furniture etc). The fierce notion of responsibility. Doing very well in my career and feel I’m still going up. Although, my imagination says to me that many will feel that this the stage just before downhill. Health, regrets, stuck in a job or career. Maybe the choice to change is dragging you in even further in a hole of desperation. All of this does a take a toll on my Autism diagnosis. More to come on that.

This blog entry is more for “get to know me” piece for now. I did think of writing a bio in a separate page, but what’s the fun of that? You’d read that and bugger off.

In all seriousness, the fact I have turned 35 quietly has a slight satisfaction. I used to hate going another year older with no recognition.

My birth was slammed…

Not having as many friends made Birthday’s a less significant event. But it’s just a calendar day to mark your birth. There’s no obligation to celebrate it. Just that Western society (UK, USA, Europe etc) place a heavy burden on it. Especially at the critical junctions of years passed.

CONCLUSION: So don’t feel too bad your birthday goes by without too much celebration. Or the celebration has no use after you party hard.

Use it to reflect. Think what your next year might look like and what small steps you’re going to do to make those targets. Learning, training, making an effort. Do it.

As they say, age is only a number. It doesn’t mean anything literally.

FOOTNOTE: Some of the grammar, spelling or language might be weird, wonderful or not make sense. I'm going to get better the more I write and find a style. Writing as if I'm talking to you helps. Cya. 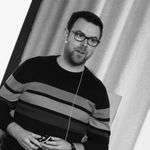